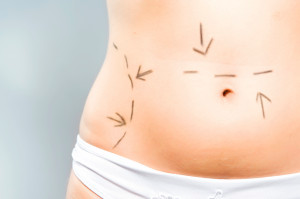 In recent years, the abundance of celebrity headlines and TV shows involving plastic surgery has made certain procedures, like breast augmentation and liposuction, appear commonplace and harmless. While this is almost always true of procedures performed by board-certified plastic surgeons such as Dr. John Kim, certain guidelines must be followed to assure the safety of each patient regardless of how trivial a procedure may seem.

For liposuction specifically, no quantitative data presently exists that puts an upper limit on the volume of lipoaspirate that may be safely removed during the procedure. Accordingly, surgeons have had to rely on subjective guidelines and their own experience to decide how much is too much. Despite the overall safety of liposuction when performed by an experienced surgeon, several highly publicized incidences of patient deaths following liposuction have highlighted the need for concrete guidelines.

Recognizing this gap in current literature, Dr. Kim and his research team have taken on the longstanding issue of determining a specific volume at which liposuction should no longer be considered safe. Using the American Society of Plastics Surgeons Tracking Operations and Outcomes for Plastic Surgeons (TOPS) database, it was determined that complications occurred in 69 out of 4534 patients (1.5%) who underwent liposuction; this corroborated previous studies that demonstrated the overall safety of the procedure when performed by a board-certified plastic surgeon.

Given that a higher BMI usually indicates increased risk, it was previously thought that removing the same volume in both a high BMI and a normal BMI patient would confer the same risk, regardless of the fact that this volume would constitute a higher percentage of the smaller patient’s total body mass. Contrary to conventional thought, however, this study suggests that the upper limit for liposuction is a relative volume, rather than an absolute volume. This study is the first to begin quantifying a safe lipoaspirate volume and serves as a great starting point for additional study.

Chicago plastic surgeon Dr. John Kim served as the senior author for the full article, “Is There a Safe Lipoaspirate Volume? A Risk Assessment Model of Liposuction Volume as a Function of Body Mass Index.”