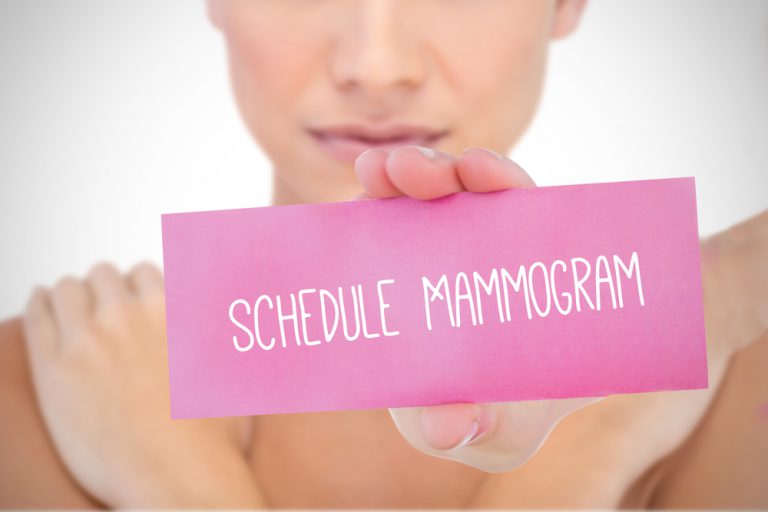 Mammography is the most common radiographic tool used to identify lesions that may indicate breast cancer. In a comprehensive report by the United States Preventative Services Task Force they found a reduced breast cancer mortality in women who underwent regular mammography screenings1. Mammograms have found to be effective at detecting breast cancer before it can be felt while it is still easy to treat1. Although, a physician will need a trained eye and confirm any suspicious areas with a biopsy since the mammogram can only show areas that appear abnormal1. The radiologist will need to determine if a region looks different from normal tissue, by observing its size and shape, and classifying the margins.

A mammogram is a machine that is only used for taking images of breast tissue using low doses of x-rays and two plates that compress the breast to create a better image. Breast compression is necessary because it will reduce scattering of the x-ray, reduce any overlapping anatomy, and decrease the thickness of the breast1. All of this will sharpen the image, which means there will be less of a need for excess radiation1. Figure 1 shows the results of a normal mammogram with clearly defined anatomical regions. The Breast anatomy involves three zones, from superficial to deep: the pre mammary zone, mammary zone, and retromammary zone2. The mammary zone contains the majorities of ducts, stromal fat and connective tissue, as well as terminal duct lobular units; the region where breast cancers originate2. From multiple angles, physicians are able to construct a three dimensional map of the breast tissue.

Although this technology can create a topographical map of the tissue, physicians still must account for the anomalies seen breast to breast. Breast composition can vary greatly between women from being mostly composed of fat, to being more than 75% glandular dense tissue2. If a mass is seen the physician will then determine whether the patient needs a biopsy based on the Breast Imaging Reporting and Data System (BIRADS) score3. There is also the possibility for a patient who has dense breast composition that the lush glandular material can hide an early tumor2. Once a positive approach treatment.

There is an increasing number of patients who elect to have two stage breast reconstruction post mastectomy4. According to the American Society of Plastic Surgeons the incidence of breast reconstruction has increased to over 100,000 a year; and the majority of these cases will be two-stage tissue expander/implant procedures4. Post-reconstruction these patients will need to be monitored to determine if there is a risk of cancer recurrence. How effective is the mammogram at detecting the recurrence of breast cancer when there is a breast implant? Is it any different than the rate of false positives with a breast without an implant?

A mastectomy will remove most of the breast tissue, but the rate of local recurrence in a reconstructed breast is between 5 and 15 %5. According to Kam and colleagues there is were no statistically significant differences between patients with or without implants in regards to cancer detection rate, time to resolution of abnormal imaging, or their BiRads 0 scores (which means a possible abnormality is seen, but more tests are needed)6. Levigne and colleagues compared the cancer mortality rate between patients with breast implants and those with a non-breast cosmetic surgery and found there was no difference in ability to detect and no worse prognosis7. Although Adrada and colleagues found that with a reconstruction patient it is more effective to detect with ultrasound then confirm with an MRI, a much more expensive procedure8. In order to resolve this issue more studies are needed to determine the most accurate and cost effective way to detect any local cancer recurrence early in patients with implants.